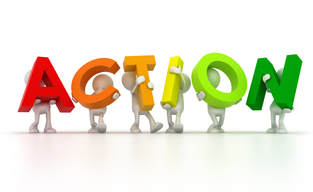 PARISH ACTION POINTS WERE REMOVED FROM THE PLAN AND HANDED OVER TO THE PARISH COUNCIL 24 OCTOBER 2018
There are some things that can't be covered in the policies of a neighbourhood plan, because they aren't concerned directly with the development of land. Hence they are not things that have a bearing when decisions are made on planning applications.
A number of such issues were raised in the preliminary village consultations, and it was clear, while they don't play a part in setting planning policies for the area, they were things that are important to the community. These can be described as aspirations the community has to make improvements locally, and for which  the Parish Council has committed to work with all relevant parties to see what, if any, improvements can be made.
In common with many other neighbourhood plans we initially included such items under the heading of "Parish Action Points". During the Regulation 14 consultation on the Plan in March and April 2018 Around 95% of villagers who responded agreed with the Parish Action Points.
Comments received at that consultation were incorporated in the Parish Action Points, including one that suggested the addition of an action to address surface water flood risk to existing properties and infrastructure.
As far as the Plan is concerned the Parish Action Points have served their purpose. Hence as of October 2018 they have been removed from the Plan and formally handed over to the ownership and responsibility of the Parish Council, who have started to address them
This is the document that was handed over to the Parish Council